We went to IKEA on Saturday to order the new bookcases. We've opted for a combination usually used in the bedroom, but they were way cheaper than 'normal' bookcase systems on offer, and they have sliding doors!
A friend of mine has a daughter who's an interiour designer and she uses the PAX system too.

Dr Livingstone preferred clear glass doors, maybe in time we could replace them, but we'll go with the frosted ones for now. You can still see the bookcovers through the glass.
I've made a quick mock up of what it'll look like. This is 5 meters of wall covered in books, right up to the ceiling. Yay!
They'll be delivered on Chanoeka (2nd December).
We opted out of having the IKEA people assemble them for us, we couldn't be sure when they'd get round to doing it, and we really need the thing up by the 4th as we've agreed we'd like to start living there by next weekend!

OMG so much to do: schoolwork piling up, I have a trial exam on Monday, in the afternoon we're getting a tour of the Rubenianum in Antwerp, on Wednesday we have to give our presentation, on Thursday I'll be getting a big dusty file on a non-descript building at the KADOC archives and on Friday we're going to the solicitor to sign the paperwork and get the keys to the castle.
The people we bought it from are moving the 29th, so we gracefully let them have a couple of days extra.

Dr Livingstone is going to try and negociate with our landlord if we can weasel out of paying an extra month of rent.
We got a letter from his attourney saying we need to pay the whole month of Januari. Which sucks big time. I'll just let the Dr work his magic and hope it saves us a few bob.
Posted by Mrs B at 09:57 No comments:

The Master of PowerPoints and Rogier van der Who 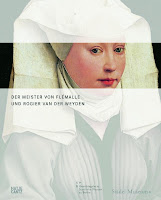 I haven't been blogging much lately, I've been busy reviewing an exhibition catalog on 15th century painting.
Basically it is just one big long apology for connoisseurship (=the Morellian approach).
But I can't really hand in a one sentence paper.

The most frustrating thing about this is that it is a group assignment and I am stuck having to put up with two 19 year olds who do not have the slightest inkling about how to proceed and get on with research in a scientific way.
And they abhor reading foreign languages (if indeed they know any).

Oh, and they complain if a text is longer than three pages.
And complain some more that they're not very good at writing in general or speaking in public either.
Seems someone picked the wrong kind of course...
Posted by Mrs B at 16:49 No comments: 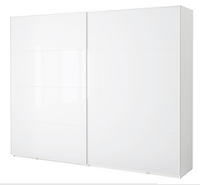 It was as expected. We got a quote from the cabinet maker that blew our socks off (in a negative way). Looks like we're bound for Ikea yet again.
But we will have those glass sliding doors after all. Finally the books will no longer collect dust! This rehoming of my library has taken up a lot more time than expected.
And we do not have to drive all the way there, shift the heavy packages (20 or so) and fight over the instructions.
They have an assembly service. We'll be using that thank you very much. Tee hee.
Posted by Mrs B at 08:57 No comments: