Went by to see Dr Livingstone yesterday evening in Vorst Nationaal. It was jam-packed for the Simple Minds. They played a two hour long set. Their support act, OMD, did a one hour stint. Although one thing puzzeled me. The are called Orchestral Manoeuvers in the Dark but they were pretty well lit up from where I was standing.
Posted by Mrs B at 19:52 No comments:

Validate one scam with another 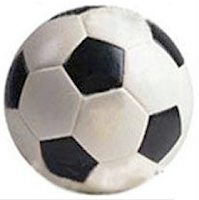 For once kudos to the Standaard for at least reporting about the story of the , the one .
BUT then again, I have to shake my head at the headline and shake my fist at Bernard Spitz.

Did he just validate one scam with another?

I can read this in two ways:
1) He states the placenta cream works, just like homeopathy does.
2) He was being sarcastic.

Although I am inclined to think he might be pulling a number one on us.
Posted by Mrs B at 09:00 No comments: 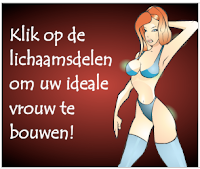 Click on the body parts to make your ideal woman...


But what if she's got a rotten character?

I dunno if a larger breast size and ghetto booty would actually compensate.
Posted by Mrs B at 08:39 No comments: De Standaard online newspaper today showed no less then two pictures with the captions 'New government sworn in' and 'Van Rompuy government in 2008'.

Just fancy that! Who'd have though King Albert, pour que c'est lui, had a ministerial post in that federal body!
Posted by Mrs B at 18:11 No comments:

And there is also a Facebook group that numbered about 25,250+ members this morning.
According to Christophe Deborsu only Queen Fabiola has done better.
Pronounced dead three times, and raised from the dead three times.

Leterme couldn't cut it after his prime ministerial stints. But as a foreign affairs minister he hasn't done any better. He even missed his appointment when on a last October, being late for a Sunday morning meeting with prince Saud al Thenayan.
Riyadh doesn't switch to DST as any fule no.
Anyway, I hope they got a good deal on the oil prices. And the Walloons got some lucrative weapon deals.
I'm sure the 250+ delegation wasn't there to promote Belgian chocolates.
He was also late for a Saturday luncheon. Oh, and on the way back Leterminateur missed his rescheduled plane because he'd dozed off somewhere.

*Double Picard Facepalm (because when the fail is so strong, one does not suffice)

What kind of a moronic country do I actually live in?
Posted by Mrs B at 07:47 No comments:

Who writes these headlines at the New York Daily? Have they actually taken a good look at the picture?
Posted by Mrs B at 08:15 No comments:

Bearing in mind, maybe Dr Livingstone should become a fan on Facebook and fly out to Rome on the 5th?
Posted by Mrs B at 02:36 No comments: 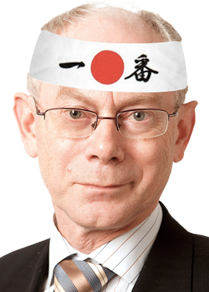 This is what had to say about me:

Your file was so big.
It might be very useful.
But now it is gone.
Posted by Mrs B at 00:42 No comments:

Where did that di Rupo clown all of a sudden spring from? It was bad enough Leterme didn't even know the anthem of the country he was prime minister of, but du Repos Elio! hasn't even mastered all the languages of the country he lives in. I can only hope the Laatste Nieuws readers gave the poll the middle finger vote.
Or maybe PS headquarters sent an email to everyone urging 'Votez Elio!'.

Nice titles those papers are giving the new president of the European Union: Mr Nobody, Haiku Herman.

And très funny this:

Plonkers of the week: Herminator and Leterminator 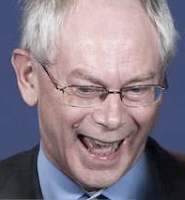 Just what the world needs. Another puppet president.

And on a side note: It's pretty obvious isn't it. An overwhelming 70% says loud and clear: 'We don't want that other plonker back!'

Update: excerpt from the Wall Street Journal says it all:

But in the end, the man picked to answer Henry Kissinger's famous question -- who do I call when I want to call Europe? -- was Herman Van Rompuy.
"I'm anxiously waiting for the first phone call," Mr. Van Rompuy said.


And another smashingly accurate headline:

Arsenal striker Van Persie is travelling to Serbia to meet up with a quack doctor. According to the footballer: "She is vague about her methods but I know she massages you using fluid from a placenta. I am going to try. It cannot hurt and, if it helps, it helps. I have been in contact with Arsenal physiotherapists and they have let me do it."

In the Telegraph it said: Arsenal physiotherapist Colin Lewin has decided that the massage therapy treatment in Serbia cannot cause further damage although there is scepticism as to whether it will speed up Van Persie's recovery. But even if it provides only a psychological fillip to the player, it will be of some help.

It was on Dutch television. The reporter actually said it sounded like nonsense, and the footballer agreed but then defended it.

By the way: the 's headline is just so full of win: Desperate housewife treatment: Arsenal striker Robin van Persie off to Serbia to have placenta rubbed on damaged ankle
Posted by Mrs B at 08:59 No comments:

Anyone else notice Brown was holding his umbrella slightly at an angle so Sarkozy got a good soaking during the celebrations in Berlin?
Those Anglo-French relations haven't changed much, have they? Little Nicoleon wasn't holding an umbrella, it looked like he was relying on some shelter from Merkel's brollie.
Hmmm. Perhaps I'm reading too much into this.

Some of the media reported Lech Walesa lost his own balance after pushing the first of the domino stones symbolising the collapse of the wall.
Not true. Poor old Walesa was hit from behind by a cameraman on a Segway.
Posted by Mrs B at 08:47 No comments: 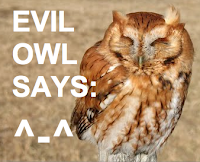 How did I manage to miss this?

On Tuesday 3 November, a bird carrying a baguette bread caused a short circuit in an electrical outdoor installation that serves sectors 7-8 and 8-1 of the LHC. The knock-on effects included an interruption to theoperation of the LHC cryogenics system. The bird escaped unharmed but lost its bread.

The standard failsafe systems came into operation and after the cause was identified, re-cooling of the machine began and the sectors were back at operating temperature last night. The incident was similar in effect to a standard power cut, for which the machine protection systems are very well prepared.

I have a lot of questions about this. 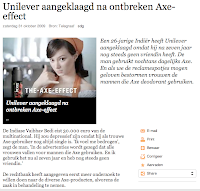 I don't believe my eyes. Someone please tell me I'm dreaming. For the gazillionth time I still cannot comprehend how on earth a paper manages to do a copy paste job without checking anything. 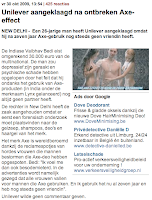 dreamed up about a man suing Unilever because he'd been using Axe deodorant for seven years and was still single after all this time.
Strangely enough both the and ran the stories as though they were written in stone.
Ugh. Subs on holiday again?

UPDATE: Looks like the and also copied it.
Posted by Mrs B at 01:11 No comments: