Past week round up 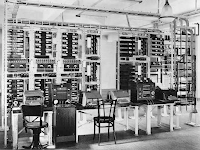 A quick list of things done so far:
- every morning (or indeed afternoon) this past week busses were late, at least 7 minutes.
- attended an animated discussion organised by the Law Faculty on Justice and Media (journalists and investigating judge were seriously getting up each other's nose).
- had minor surgery on Thursday. They put me in
- signed the agreement to buy the house at the real estate guy, met the owners of the house for the first time.
- told the landlord we'd be moving (he seemed very relieved) very soon.
- we're moving at the beginning of December. Hope to be all settled by the 15th.
- won twice with lottery (2,50 €). Not even enough to cover the amount it costs to hand in the ticket...

Now need to sleep.
Worked at the mill today, lagging behind in school work.
Not enough hours in a day.