The King of Pop has popped it 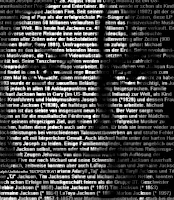 I thought I'd woken up two decades ago this morning. I haven't heard so much Michael Jackson songs playing on the radio since the eighties.

I can still remember when the Thriller video directed by John Landis aired for the very first time on the telly. I think it was on a British network, MTV was not available in Europe at the time. Don't recall if it was on ITV, Channel 4 or the Beeb. Announcements went out and everyone anticipated the full length version. I got to stay up late to watch it, and it subsequently gave me a fascination for all things concerning undertaking, interment and funerary architecture.
The thing that impressed me most was the spoken word act by a long time favourite of mine Vincent Price.
That and the dancing zombie with the green tights.

I wonder how long it will take before the nutjobs come a-crawling out of the woodwork saying he faked his own death.
And reports twenty years from now still spotting him alive, just like Elvis.

I hope he will be cremated. I'm sure everyone will not refrain from pointing out he'll resemble himself as he did in the Thriller vid very soon. Or we will probably end up with a neverending stream of reports of postmortem excursions of the body; just like . Or parts of it showing up on auction somewhere.

So is the King of Pop going to have a funeral befitting his status?
I mean,, a King should lie in state.
As the man said himself: "I just want to say that these will be my final shows in London. When I say this is it, this really means this is it. This is the final curtain call. I'll see you in July and I love you."

AEG Live could make a killing on this one.

I image that the conspiracy theories will start very soon.

Just watched the full Thriller video and it is still an amazing piece of work.