My top 10 of fictional butlers

The title says top 10, there are many more great butlers out there, but I have chosen those who have stood the test of time and have managed to secure a place in my tiny memory. I could name many more, but I have ranked them in order of their best traits I think a butler should posses if he wants to serve his master to his best ability. I'm not sure if I should include a spoiler warning, so I've mentioned it just there in passing.

Here's a top ten of my favourite fictional butlers: 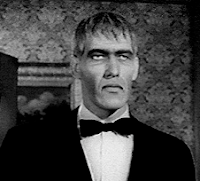 Although his domestic tasks are somewhat rendered problematic by his physical appearance, his vocabulary restricted to grunting short phrases, he does play the harpsichord at a virtuosic level. And that always goes down well with the Addams Family dinner guests. The portrayal of the zombie butler is the one performance that is worthy of note when conjuring up a mental picture of the manservant.

Coleman portrayed by in Trading Places knows his duties well as a servant to a wealthy commodity broker (Dan Ackroyd). Alas, he is easily bribed and switches his loyalty to whomever happens to dangle an even larger pay packet in front of him. 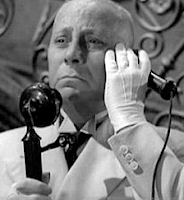 In (1950) Erich von Stroheim's character keeps the myth of stardom alive for his employer Norma Desmond (Gloria Swanson).
He sacrificed his career as a movie director. And also because he was madam's first husband. Talk about the loyalty trait. That's a high score on Mrs B's butler list. 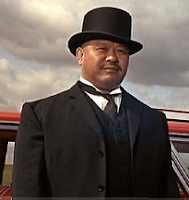 The mute Korean servant (Harold Sakata) to Mister (Gert Fröbe) is a snappy dresser. Although very well mannered and sporting a nicely kept moustache, be sure to start running if he takes his steel-rimmed bowler hat off to you. Even if your name is Pussy Galore or Shirley Bassey. 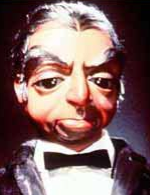 Although talking with a cockney accent and bunged-up nose, the former safecracker and cat burglar is an agent along with his employer Lady Penelope Creighton-Ward. He chauffeurs her modified pink Rolls Royce called FAB1. His services and loyalty are indispensable to IR and . 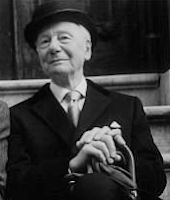 Hobson has many fine qualities, which an employer might expect of his butler. When the rich heir apparent is slightly eccentric and an alcoholic following character traits in Hobson () go down very well to keep (Dudley Moore) in check:
-his blatant honesty: "You spoiled little bastard!"
-his usage of put down lines:
"Arthur: Hobson, do you know what the worst thing is about being me?
Hobson: I should imagine your breath"
-his unshakable logic
"Arthur: Girls don't wear ties! It's the perfect crime! All right, some girls wear ties, it's not the perfect crime - but it's a pretty good crime!
Hobson: Yes; if she murdered the tie, it would be the perfect crime. "
-his ability to contain a crises (the slaps around his master's face)
-being on the lookout for gold diggers:
"Linda: Oh, I have plans for tonight. What should I wear?
Hobson: Steal something casual. "
-his father figure approach to Arthur: "Arthur; do your armpits". 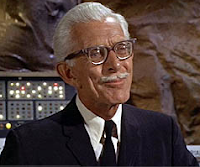 Again a surrogate father figure, now to orphaned millionaire Bruce Wayne, with a healthy dosage of cynicism and sarcasm thrown in. As a retired actor, former RAF medic and a former agent for the British intelligence agency MI-6 (who worked in occupied France during the Second World War) is the ideal employee to serve underground hero Batman and live in chum Robin at Wayne Manor. He takes care of business when his master is away and maintains the equipment in the Bat Cave.
Among these things the list of Alfred's other accomplishments is impressive: skilled in archery and swordsmanship, capable of impersonating Bruce Wayne on the telephone, can remove bullets, is able to perform arthroscopic surgery and other advanced medical procedures, has a talent for rose breeding and dabbles in computer and electrical engineering. 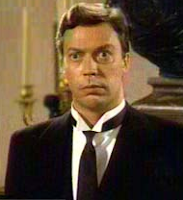 This butler with Socialist friends will wait upon your guests at your murder/dinner parties of mystery. He will keep your guests entertained if you are late for your engagement. He will also lock up any murder weapons they happen to have in their possession. Wadsworth does tend to lose keys to doors, will tote guns at your dinner guests and turn lights off at given times. On the plus he can be very witty, is very eloquent, resembles in physical appearance and provides you with three alternate endings. If you do not have a , he is your man for the domestic job.

is a very intelligent individual and speaks several languages such as French and Mongolian. He is of noble descent but because his family has fallen on hard times and he is forced to live his life in servitude.
His domestic chores consist of answering the door and delegating most of the work to the servants.
He often steals and sells off his employer’s valuables and is prone to use lies, insults, corruption and ready wit if it suits the betterment of his financial position.
Blackadder even does chores beyond the scope of his duty: He advises on who to lend patronage to, writes the Prince's speeches, rigs elections, woos future brides and is instrumental to keeping the royal bosom free of arses.
The butler has even thought to have attempted re-writing Dr Johnson's famed dictionary in barely one night. Further ambitions in the world of writing condensed in the form of a novel called 'Edmund, a butler's tale' written under the pseudonym of Gertrude Perkins.
King George III often mistakes him for Prince George, whom he serves. He was not without ambition, although his bid to get into the House of Lords failed epically, rumours surfaced he went on to rule as George IV when the Prince Regent was killed by the Duke of Wellington in a duel fought by canon. 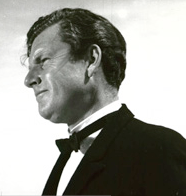 (1957) as portrayed by Kenneth Moore is occupying the number one spot. Crichton deserves to be top of the list because I think he is the only butler who I deem resourceful enough and possesses the skill to cope in a crisis situation without lying, cheating or the use for gadgets. On the London estate he is the indefatigable butler, the real master of the household. He always keeps his place and knows that crossing the boundaries of class is fine on a desert island, but not in Loam Hall, England.
Even after having tasted the role-reversal of master and servant; being addressed as 'Governor' for two years by Lord Loam and his family and being on the brink of marrying his eldest daughter Lady Mary, Crichton still honours the tightly regulated social structure upon return to Old Blighty.
Knowing your place is still the most desirable trait in a butler. 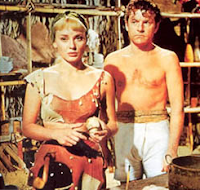 I haven't seen The Admirable Crichton in years. And, as I have been used to, my memory is quite good at confusing things. I have been under the assumption that it was Bob Hope who played Crichton. But it seems I have been confusing two movies. I was thinking of the mock English butler he played in (a tandem with Lucille Ball). How he got transported from the American Wild West to a tropical island is beyond me but it is not the first time my mind has been playing tricks on me. Perhaps I saw them around the same time and got the two muddled up.
I do really like Lewis Gilbert's work, he has directed a plethora of brilliant movies (think Alfie, Sink the Bismarck, Shirley Valentine, Educating Rita, You only Live Twice,...) and was very fortunate to have met him and get a few pointers from him during a film workshop he led at the 16th International Fantastic Film Festival a decade ago.
The short feature I was working on as a DOP was total crap (the plot, if you can call it that, if I remember correctly, was about some kind of demonic free masons come Opus Dei clan eating babies; very Dan Brownish –avant la lettre). The most memorable thing of the whole production was that I did get to do some stunt driving in an old cream coloured Lada (with fake tiremarks on the hood) disguised as a taxi in the busy Brussels traffic.
Ah, the joys of no budget film making.
It always brings tears to my eyes.
(Read that last sentence as you wish).
Posted by Mrs B at 07:41