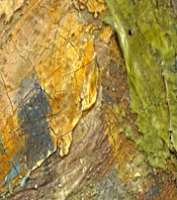 15th, 16th and 17th Century paintings have been damaged due to a faulty climate control unit in the Storage Facility of the Museum of Ancient Art in Brussels. The artworks were exposed to half the humidity they should normally be stored in for a period of two months. An inventory is being made to determine which paintings have suffered most and need to be treated right away. There are 842 works stored there and a quick survey has shown that bulges have been found on at least 10% of the works. It is early days to make any guestimates as to the financial side of the damage. The Museum lays the blame on the company responsible for the climate control, Dalkia.
Sporting a revenue of 7.9 billion euros, part of that will probably have to go to correcting the mistake it has made in Brussels.
And the 102,700 facilities they manage mentioned on their site will probably be 102,699 soon from the looks of it.
Posted by Mrs B at 18:41