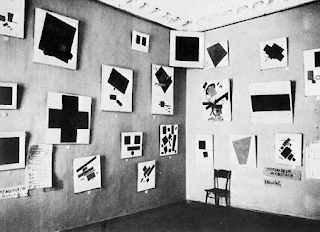 I finished The Art Thief by Noah Charney last week.

I have two words for you: utterly awful. I'd expressed my doubts , based upon the reviews I read on .

So why do I have a problem with the book? Where shall I commence? I have rather a lot of remarks, but they are just to numerous to list, and I don't want to spend too much time ranting over a less than mediocre debut novel.I'll just leave you to ponder the things I found most annoying.

- When the author describes a phone conversation he does so literally, like you'd be in a room with someone, only being able to hear one side of the dialogue.
Nothing wrong with that. Makes it more realistic. This is what we experience in real life, unless you're skyping without any headphones on.
But its the 'uhu's' and other sorts of stopwords that annoy me.

- The characters are one-dimensional, caricatural and shallow. From a LibraryThing reviewer: 'Ultimately, The Art Thief misses the ideal balance between the thriller (like The Thomas Crown Affair) and a more character-driven story.'

- The book gives you what it says on the cover '... an unexpected ending'. But so unbelievable, it really wasn't worth writing all the pages before the climax.

- Whenever a picture is described, Charney goes all Art History 101 on us. Which is mostly irrelevant to the story and in one instance even takes up five long pages. Like some freshman writing his very first paper.
The book falls over itsself to explain the workings of the art market. Even if this a first time reader who knows nothing at all about these dealings, it can alianate you. He tends to elaborate on non-relevant details. If I may make an analogy: suppose you're reading an espionnage thriller set in the Cold War era and some action takes place on a nuclear submarine involving a reactor technician. If the book would have been written by Mr Charney he'd have indulged himself in explaining how crucial the insertion of radioactive rods would be in the reactor. Spread out over five long pages.
One reviewer on LibraryThing put it like this: 'There was a pretentious tone throughout that I didn't appreciate.'

Mr Charney is a graduate of the Courtauld Institute and Cambridge. You'd think he'd check facts when writing about history in his book. After all, that's what you do as an expert on art crimes. Examine the evidence.
So why does he boldly state on page 37 that in Ghent there is a medieval tradition that a cat in a bag must be thrown from a tower on the New Year?
There were cats being thrown from towers probably all across Europe for all I know, but the one Charney should have been referring to is the tradition held to this very day in Ypres. And it wasn't on the first day of the New Year, but on the last year market day.
In the words of Charney's Caribinieri character Claudio Ariosto 'What a mistake to make'. 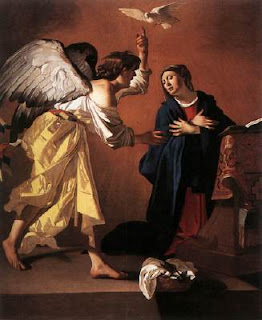 - To top it off there is a reading group guide at the back of the book with a Q&A. Mr Charney states that The Ghent Alterpiece is the most frequently stolen art work in the world. A word about this: He says he's been researching this. I very much doubt it since the work has been ascribed to both Jan and his brother Hubert van Eyck (a fact which he does not mention). Plus I can't really count soldiers making off with the painting (French troops in 1794 and the Nazi's in 1940) as a true theft that occured in secrecy. I'd call that looting. The most famous fase of stealing (what I'd call a true art theft involving stealth) occurred in 1934 and remains partially unsolved.
If I'd call a work frequently stolen, I'd mention Lady Writing a Letter with her Maid by Johannes Vermeer. It was stolen twice. Once in 1974 by the IRA and the second time in 1986.

- Again to a true art history scolar it is plainly obvious just how unimaginative Charney has shaped the non-existant Caravaggio stolen in the book. Good job on the fictional church name, but the picture he describes is very similar to one that exists. I'd bet some money on it he had this on his desk while typing up the story. It is the picture accompanying my rant, which currently resides in the Ghent Fine Arts museum.

Meh. I'm getting all worked up about this detective story. Again.
Just to sum up I'm using another reviewer's conclusion:
'This book had the raw material to be very decent, but the author lacks writing skill, the ability to recreate real life, and real people, and has too much ego in terms of injecting himself into the book.'