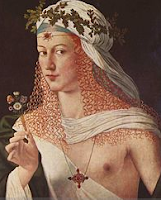 Mouser has been amassing an impressive array of rodents roaming the garden. It's left tons of them for us to see. I haven't been feeding kitty anything for a couple of days now, a spot of fasting indoors will do that velvety clawed beast a world of good. But suspension of rations means a killing spree. Which means a higher risk of worms gestating in his inner works. Last time I gave him the Drontal mashed up in some left over paté. A day later he was experiencing a spell of the old Montezuma's revenge. So I nipped down to the shops just now, and bought a small tin of cat food. Mouser is very picky when it comes to munchies. Alas grinding up some pills and serving them disguised as freshly slain mice is just not going to happen any time soon.
So I opened the little container, that drew the rascal into the kitchen, I kneaded the pulverized pill in the chicken & liver guck and served it while little Velvet Claws was making quite a ruchus to see what I was doing.
It gobbled it up as soon as it got in pig out-distance. But it did not devour all of it, I think it got tho the point where it started tasting very foul to a cat. I have to admit I felt a little like Lucrezia Borgia. But then again, it's kind of my way of revenge for Mouser vomiting on the carpet earlier today.
Posted by Mrs B at 14:32