Newton in the wrong place

You can call me a pedant any day. I have a legitimate reason to sport that title. As many of my regular readers (are you there?) will have divined by now I'm a bit of a stickler when it comes to historical accurate facts.
I'm cramming for my exam on Cultural History in the Southern Netherlands (16th to 18th century). This year we are focusing on the aftermath of the legacy of the Rubens generation.
Well into the 18th century, two generations after Antwerp's great artists, the city still could bask in its former glory. A decline in the arts, but a reputation still internationally held in high regard.
A lot of artists emigrated abroad, some of them found posts as court artists. moves to Paris, becomes an agrée of the Académie and later winds up working in Sanssouci for Frederic the Great of Prussia.
ends up at the Royal French Court.
Scheemaeckers' bio from the National Portrait Gallery:

Sculptor. Born in Antwerp, he came to London and by 1725 entered into partnership with his countryman Laurent Delvaux (with whom he visited Rome, 1728-30). His reputation was established by his celebrated life-size white marble statue of Shakespeare, 1740, in Westminster Abbey, after a design by William Kent and erected by the Earl of Burlington, Dr Mead, Alexander Pope and Mr Martin.
A rival of Rysbrack, he had a large practice in monuments and busts; he retired to his native Antwerp in 1771. 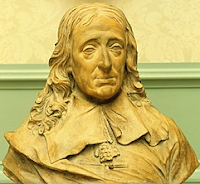 And then my course syllabus says:
(º1692) made the bust of Milton and the monuments of John Gray and Sir Isaac Newton in the Poets' Corner in .

Granted, John Gray is a poet and has a memorial in Poet's Corner. True.
And...
Eeeek! Well, shiver me timbers!
are both close to the choir screen. Why would he be in Poet's Corner anyway? I know it's not a lot to get all worked up about but I just do. IF it is a case of semantics, fine, I could have dealt with that. But it's not so I haven't.

Anyway, on a different note, for the memorial of Newton can still be seen at the V&A.

Trivial fun fact:
"At The Temple of British Worthies[(designed by Kent, built 1734-5) is a curving roofless exedra with a large stone pier in the centre surmounted by a stepped pyramid containing an oval niche that once contained a bust of Mercury. The curving wall contains 6 niches either side of the central pier. With further niches on the two ends of the wall and two more behind. These are filled by busts, half carved by John Michael Rysbrack these are John Milton, William Shakespeare, John Locke, Sir Isaac Newton, Sir Francis Bacon, Elizabeth I, William III and Inigo Jones the other eight are by Peter Scheemakers these are Alexander Pope, Sir Thomas Gresham, King Alfred the Great, The Black Prince, Sir Walter Raleigh, Sir Francis Drake, John Hampden and Sir John Barnard (Whig MP and opponent of the Whig Prime Minster Sir Robert Walpole)."

The first illustration is a sculpture by Tassaert of Catherina the Great as Minerva from the Hermitage Collection in St Petersburg. The second one is the melancholic looking Milton.

And oh, you have reached the end of the pedantic rant.
Posted by Mrs B at 21:41